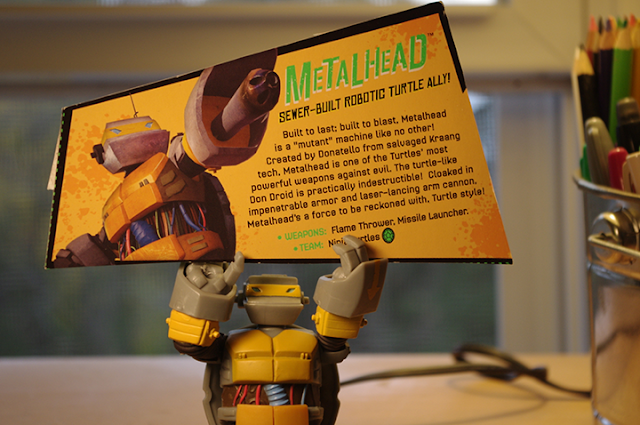 Series: Wave 1.5
Name: Metalhead, sewer-built robotic turtle ally
Accessories: Hand-missile
Ahh yes the elusive Metalhead! After seeing the bare isles of the local Toys R Us and Wal Mart it was Amazon (of course) who came to the rescue. Metalhead is part of wave 1.5 of the Nick TMNT series of action figures along with Fish Face and Dogpound. Clearly Metalhead is the prize of the three with his beloved vintage toy roots and well, honestly who doesn’t like a robot?!
After cracking open the blister pack Metalhead was entombed in I already could tell I was going to like this figure. From the great sculpt and color to the way the figure stands and bends it is all good. Playmates struck a home run with this little guy much like the 4 turtles. Lets break it down:
Sculpt: From his NYC sewer lid shell to the cuffs on his wrists this figure hits the mark. One notable thing to mention is the size of his feet which are rather large allowing for him to easily stand in many positions.
Color: While basic it achieves what is needs to the yellow and black work well over the gray. Also the coloring on the internal wires that peak out in his chest are well done.
Articulation: Quite good. While not as good as the turtles he comes close with articulation in the shoulders,wrists, neck, legs, and knees. The legs and knees are well done with them both being ball-jointed for added poseability.
Fun Factor: He is fun. With the bulkiness of his body and the general look of the toy combined with satisfactory articulation this one is sure not to let any kids and big kids down.
Overall Metalhead is what I had hoped for after seeing the initial sculpt some months back. The only downside I find is the lack of ball-jointed shoulders and neck, those would have really made Metalhead top-notch above the rest.  He is a bit tough to find right now but give a few weeks when we approach the Holidays and i’m sure Playmates will be flooding stores with all the figures including Metalhead. 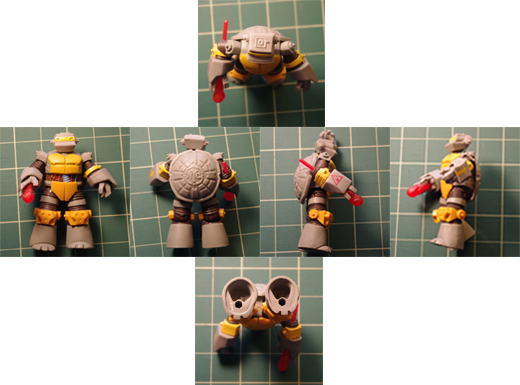 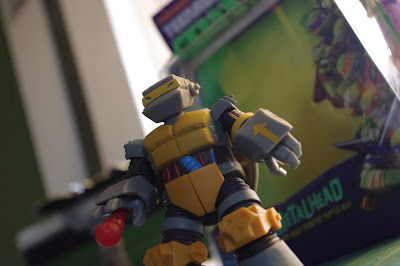 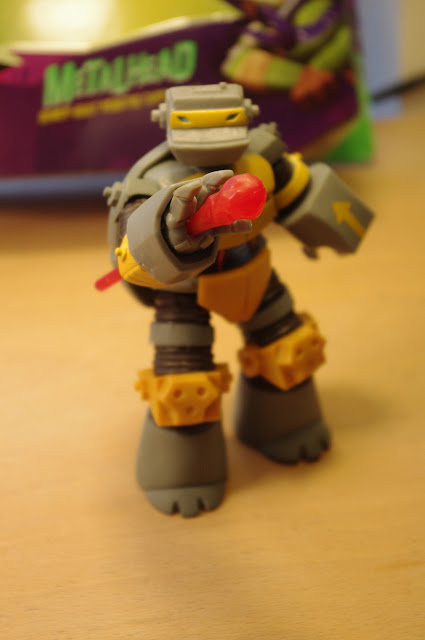