League Assignment “What If..?”

This weeks League of Extraordinary Bloggers asks What If? A crooked ninja has to ask “What if Wolverine just died?”. Now anyone who knows anything about comics is that Wolverine is basically un-killable. He has been dismembered in so many ways, fried, bakes, sautéed, submerged, thrown into space, steam rolled, and really any way a person can be killed and every time he comes back. Thanks to his adamantium skeleton and healing factor he gets to live virtually forever.

So, what if he did just ya know, DIE. Sounds ridiculous I know but what if he just dies off in the Marvel universe, gone. I will tell you what would happen. 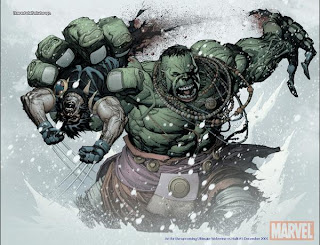 1. The X-Men, Avengers, X-Factor, and countless other teams fall apart

Wolverine has at minimum made appearances or teamed up with most groups in the Marvel universe if not joining each outright. He comes in, kills something, and saves the day. Without Wolvie to come kill off whatever threat all these teams will in face be destroyed.

Beside being in many teams in the Marvel universe Wolverine also is in a constant rotation of his own comics whether it be one-shot or full series. No Wolverine, no comics, no comic cash.

Also beyond comics Wolverine is in movies including his very own! Nope no more. Merchandise? Gone. Cartoons also are out (Wolverine and the X-Men anyone?). 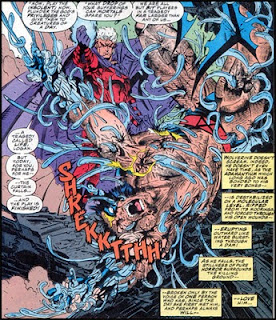 Comic nerds and non-nerds alike love Wolverine as a character myself included. He is a rough and tumble anti-hero who cant be killed. Losing this character would mean a lot of people would be unmistakably missing something in their comic diet. Wolverine has such a rich history and countless epic moments it would indeed be sad for that all to ultimately end. 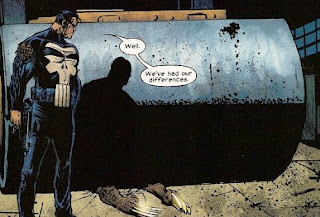 In the end if Wolverine ceased to be comics would not be the same, well that is if you are a Marvel comics fan (Hasn’t DC hurt themselves enough anyway?). No more -SNIKT- of popped claws, no more “bub”, no more fastball specials. In some respects I feel Wolverine is on the same level or surpassed that of other greats like Superman, Batman, Spider-Man, and Captain America. To see him go would just be unfortunate but hey thats why this is a what if!
Check out other League members equally entertaining What-If posts:
Memories of Toymorrow “What if Cobra Commander just saved his money?”
Henchgirl “Michael Bay stopped being Michael Bay?”
Shezcrafti “What if Daniel lost the All Valley tournament?”