Some of you be aware of a little social media site called Twitter (paging @crookedninja) and the loads of fun you can have on said social network. Last week I was following the OFFICIAL Nick TMNT Twitter handle @TMNTmaster which was doing some random trivia for fabulous prizes! Long story short I answered one correct and won a prize pack, yay me!

Enter a blah Friday. Come home from work and large, white package awaited me with a big TMNT sticker covering the front. 2.3 seconds late it was inside and torn open and what to my wondering eyes would appear but a big Nick Turtles logo in the shape of a manhole cover! I got the original press kit sent out to folks when the series began, a true gem.

Inside is a signed Leo action figure by none other than voice talent for the show Jason Biggs and a booklet with info on the new series (and old). Quite the prize I must say Nickelodeon! 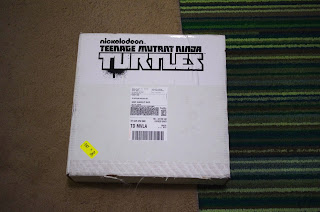 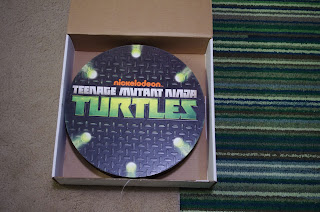 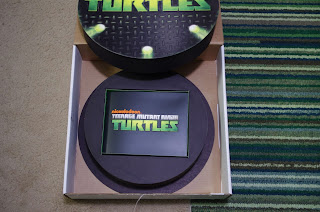 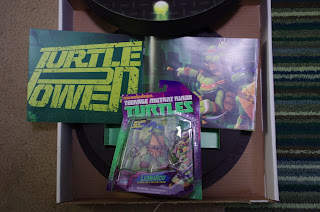 It is also worth mentioning that the point on Turtles vs Foot have been reset and the playing field has been leveled (for now). Seems like some clowns are already gaming the system in various ways but you should sign up and join either the Foot Clan or TMNT anyway.