Anyone who was around for the original release of the first gen TMNT toys remembers the little white inserts placed with each original toy release.

The fan club was the promise of special items and exclusivity that only a true turtle fan could be part of. Me myself, I was too young when the first toys came out to really understand completely what it was or care for that matter. It was all about tearing open that clamshell and releasing the new toy inside!
Years later people seem to covet these items from the fan club. The mail in pizza points (found on back of each new toy for those who dont know) got you a few items and club membership and with your packet a sheet of additional items aka “The Pizza Point Premium Catalog” your points could get you. Excited yet!?
I dont have an entire packet but only a few items from it. The fan club packet came with a letter, charter number, sticker, bandana, and of course mini comic. 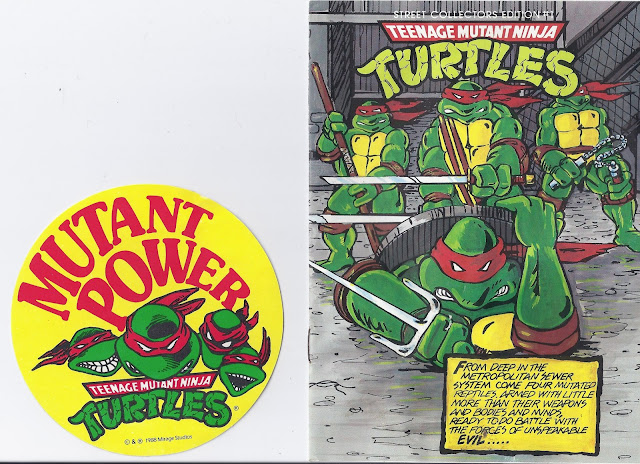 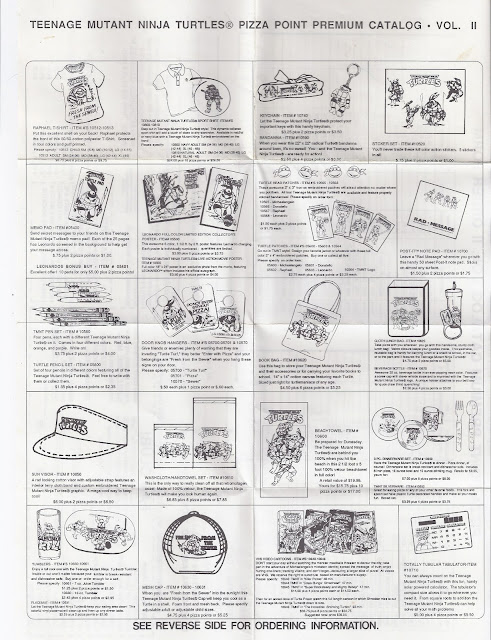 As you can see from the scans, cool stuff. With enough pizza point you could be king of the playground sporting your TMNT visor, tote, calculator (math!), popped-collar polo, and water bottle! All the other kids, totally jelly.
So there you have it, a brief look into the exclusive TMNT club. Hey Nickelodeon I know you DEFINITELY reading this blog so why not pick up on this get the pizza points back into full swing with the new line! Us big kids would be in, and in debt, to get some fun turtle stuff.

Were you a TMNT club member? Let me know so I can be jealous.