This Week on the League:

The League of Extraordinary Bloggers has a tough task this week, reveal those guilty pleasures you have been hiding from everyone. Yes basically admit to the little things you secretly love. We all have them and well, here are mine: 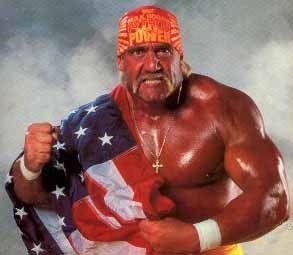 “Watcha Gonna Do?”, “Oooooh Yeeeeaaah!” and “The best there is, the best there was and the best there ever will be”. Those phrases may sound odd and nonsensical to most but to those of us who plopped in front of the TV on Saturdays for the WWF Saturday Night’s Main Event it was words to live by.
I have been a pro wrestling fan forever. As a young Hulkamaniac I (sort of) trained, ate my vitamins, said my prayers, and believed in myself as the big man said. I remember arguing with my grandpa on the outcome of imaginary matches like Hogan vs Steamboat and watching The Mega Powers unite. It was a big deal.
As time went on the intensity faded and the early 90’s WWF just didn’t appeal as much. Then the NWO hit and it was on. Hogan was a bad guy and things were getting crazy! This period lasted up until the destruction of WCW in 2001 when WWF Chairman Vince McMahon bought the company and I said screw it.
I still love wrestling, I watch old videos and DVD’s and buy my yearly wrestling title for whichever gaming system is current. The old days are always the good days for most but hey I will tune in on rare occasion to Monday Night Raw if something peaks my interest.
To this day I attribute pro wrestling in part for getting my lazy backside into the gym and into weight lifting. Disclaimer though, no roid rage here. 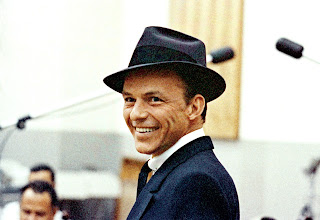 Frank Sinatra, Dean Martin, Roy Orbison, Buddy Holly, and a whole lot more get my toes a tappin. Yeah I definitely dig 80’s hits without a doubt but what hits my playlist (and record player) the most is the crooners and rockabilly artists of the early days.
I have and always will be a big Rat Pack fan. The music, comedy and movies made them such an incredible quintet that never has really been emulated. If you haven’t seen the ORIGINAL Oceans 11 please do so at your earliest available time.
Granted I am not too shy about my soft spot for these musical geniuses but it is not something most know about. My parents thought it odd I wanted to listen to Dean Martin’s “Best Of” album rather than the latest offering from Slipknot but in retrospect I feel I made a better choice (lol Slipknot). 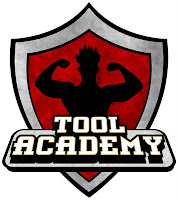 Yeah bad TV like Tool Academy is something I am totally guilty of watching. There is something soothing about watching ridiculous ass TV. Tool Academy was a favorite in its first two seasons, these bro’s knew how to tool a place up. COME AT ME BRO!
Some other bad TV I enjoy viewing include The Big Bang Theory, Jersey Shore, That new and terrible diving show, random travel shows, and Diners, Drive-Ins & Dives to name a few.

But thats not all!

Here are a few quick shouts to some other not mentioned guilty pleasures:

More from the fun people in the League
Team Hellions
Achievements in Gaming
POP Rewind (Welcome BTW!)
Shezcrafti
Flashlight Are Something to Eat
AEIOU and Sometimes Why