Video Game Alert: TMNT Out of the Shadows Announced 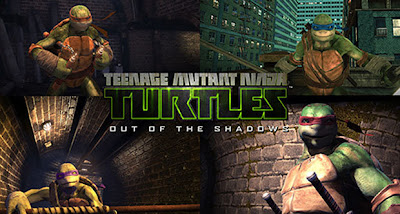 Teenage Mutant Ninja Turtles: Out of the Shadows (not shells)

Our first official Nickelodeon TMNT game has been announced and the results are looking…mixed.

Some quick facts that everyone wants to know:

The game promises some hard knocking 4 player action with each turtle set to have a unique array of moves. From what I have seen and read it looks like it may be a nice brawler with some great action built in but one question remains, what is up with those character designs (read: faces)?

Seriously ugly dudes, reminds me of the “Antz” movie designs with those odd nose holes and face structure.

Whether or not they are pretty the game has promise. Check out the trailer for proof!

So, yah or nay on this one TMNT fans?