TMNT Need a Good Ride Too!

For every great action figure there must be an equally awesome ride.The vintage Teenage Mutant Ninja Turtle line is no exception. Kids of the late 80’s and into the 90’s had some pretty spectacular choices when it came to vehicles to get their figures from point A all the way to an epic battle. Sure there are the basics, the ones everyone had but there were some more obscure vehicles that really made the vintage line gnarly. Lets get to it! 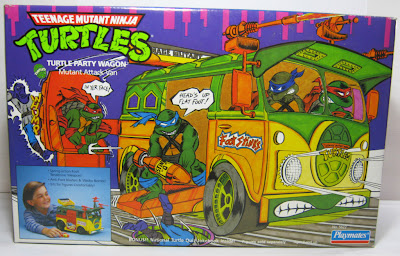 The classic vehicle that darn near every kid had. I didn’t feel the list would be complete without adding the quintessential ride of the turtles still coveted by collectors today.
Cool factor: 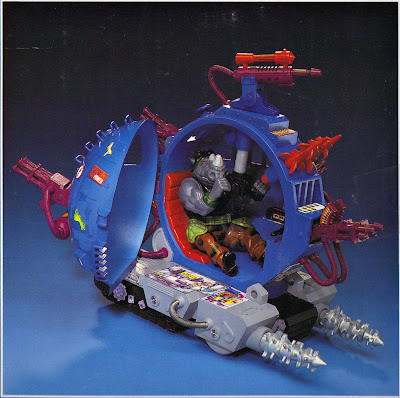 Now it is worth mentioning the full size Technodrome did not make the list simply because I feel it is more a playset than a vehicle although you could certainly roll the giant thing around all you like. The scout is basically a miniatured version of the technodrom in blue and without an eyeball on the top. It fits a single baddie and has some added drills and guns to cause some intense carnage. Never seen in the cartoon but certainly a fun vehicle to have.
Cool Factor: 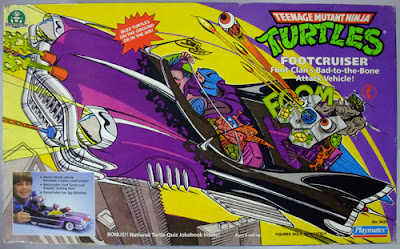 What basically is a heavily modified 50’s era sedan turns out to be one the coolest foot vehicles of the line. Drop-top styling with an eyeball bomb launcher waiting to wreak havoc in the trunk this one is a lot of fun. Who knew the foot was into car customization?
Cool Factor: 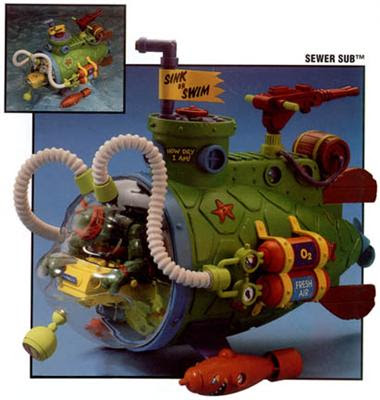 Sure the turtles are amphibians and all but sometimes you need to take to the oceans deep with a little fire power and style. Bring on the sewer sub! This one is just pure fun. Store a turtle in the sub and hit the water.
Cool Factor: 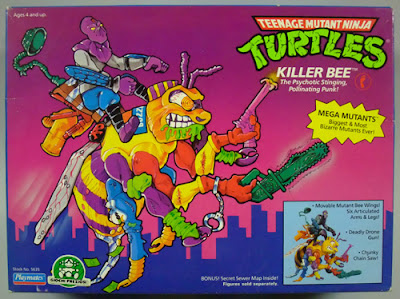 What could the foot do to combat the turtles in the sky? Mutate a Bee and ride him around, oh and give him a gun and a chainsaw.
Cool Factor: 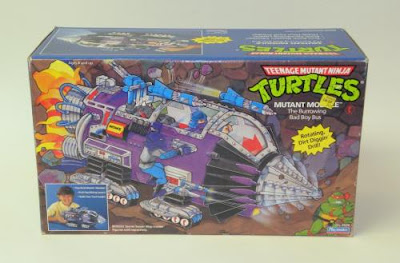 This one is known by ANYONE who ever watched at least a few of the vintage cartoon. Bebop, Rocksteady, Shredder and even the foot would also arrive by their module from underground leaving gaping holes all over the New York City area. One of the best vehicles of the TMNT line in my opinion. The only problem, finding one of these with the tiny purple drill bits in the front still attached!
Cool Factor: 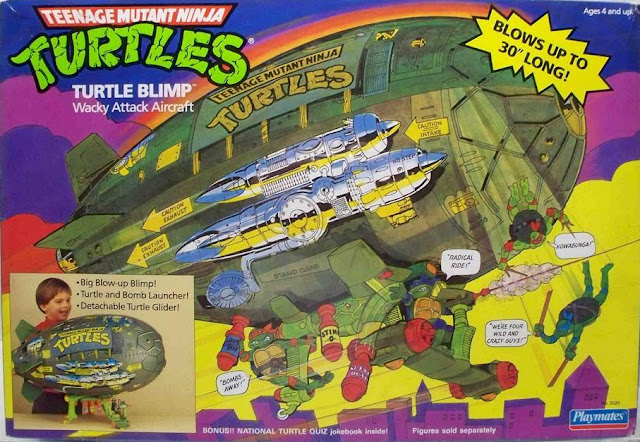 You knew it had to be on here, the list wouldn’t be complete without it. The blimp which is admittedly one of the more outrageous parts of the toy line but certainly one, if not he most, fun in the end. A giant inflatable blimp is impossible to not love as a kid. Want to take out the foot? Take to the skies!
Cool Factor:

There ya have it. My top vehicles of the TMNT line. What was you favorite as a kid?