Break out your trapper keepers kids, its time to hit the books!

This weeks LoEB goes back to school. Kids hate it, that is until they get old and HAVE to go to work for someone else in most cases then school doesn’t seem so bad. Bills and stuff, lame. Let’s have a bit of fun shall we?

I will be honest, most of my notebooks were not filled with class notes but rather class doodles and homemade comics. Why listen to the teach on the overhead projector blab about basic algebra when I could be drawing Batman or making a mini-comic of some oddball monster? Sure I was caught rather often with my face down to the notepad drawing away but after a few years of practice I mastered the fine art of the “casual doodle” or in other terms the doodle where nothing was suspected.

I still have a bunch of old notebooks with junk in them, fun to go back and remember not the class from 1995 but rather that super rad Wolverine drawing I knocked out during Math. 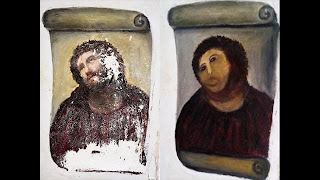 Hell yeah art class! If number one on the list gave any indication of things to come art class had to be in the running. While the sports crew bemoaned art class because “art didn’t matter” or they “couldn’t draw” I took the opportunity to get some color into the school day and do something better than most. Break out the cray-pas boys and girls things are about to get real.

In High School I was not what would be called “a cool guy” suffice to say. Quiet, sarcastic, and generally not interested in school spirit. My buddies and I cornered a section of the study hall and broke out our Gameboys (GB Color at the time) for the duration of the time earning us the title of the Gameboy Table. 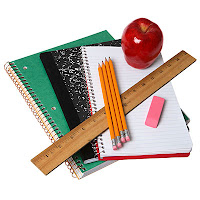 Who doesn’t like a fresh set of pens, pencils, markers, notebooks, and folders? I still love buying the stuff today. Browsing through the local Staples seeing what markers and pens are new and buying more stuff than I will ever truly need. There is something fun about it, maybe i’m just weird. 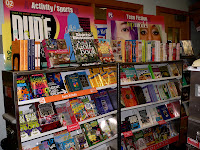 Books! Stuff! When the book fair took over the library it was time to beg mom for something! 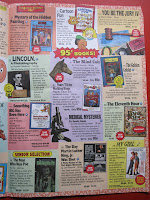 A rush of excitement rolled over me as these flimsy paper catalogs were passed around. What could be in the club this month on the last page? New stickers this time? What was the featured book? All of these thoughts were running through my young mind in anticipation to thumbing through the colorful pages. I recall the sticker collection I amassed through ordering through Scholastic, I actually quite miss the cool glow-in-the-dark Halloween stickers I once had 🙁

Not one for sports but when dodgeball was on it was ON! For one thing it meant no Basketball which was always a gym class staple and two, rubber balls to peoples faces. 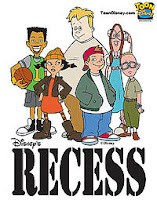 You knew it was on here and I don’t really need to explain why. I can say rainy day inside recess got a whole hell of a lot more fun around 6th grade when POGs hit big and subsequently were banned. Stupid adults. There can only be one true king of the POG playground!

I should also note how incredibly dangerous old playgrounds used to be. That rusty, steel slide on a hot summer day? It felt like your butt was basically sliding down the side of an active, lava-drenched volcano (still fun though). Let’s not even get into the money bars, what the hell are those things!?

In Elementary school there was but one ultimate reward for being good or answering something correct, a ticket into the prize bag! The mystical bag in the teachers drawer which held so many sought after objects. What would it be, the foam airplane? Sticker sheets? Colorful bouncing ball? Decisions, decisions. 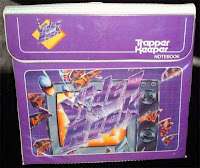 Oh yeah you know the one. Maybe yours had a truly space age design with planets and stars or maybe a crazy mixture of colors and patterns! Did you have a race car or was it in the unmistakable Lisa Frank style? Whichever you may have had I always loved and cherished mine through the years of abuse. It held everything you needed to get through the day; pens, paper, comics, markers, doodles, you name it and it was in there. These things defined your style back in the day.

Now all kids have is Justin Beiber.

Now for the less fun stuff, it’s the 5 worst things about school!

Exactly what it says, at home doing work. The sheer volume of it at times was enough to make you want to end it all, but pushing through like a champ and getting a good grade made it all worth it.

This sucked. I loathed gym class as much as the jocks loathed art class. I did make it a point to mess up some games intentionally simply because some kids got SO into it, like crazy into it. Oh you’re passing to me? Whoops…butterfingers. Clumsy me 🙂

Hey teacher, does it seem like I was paying attention last class? Give me a heads up next time! Surprises are for birthdays and wedgies.

Yeah I went a few times for minor things like joking in class or drawing when I was supposed to be taking notes. Funny thing is it just gave me more time to read comics or draw some more. Win.

I wasn’t really bullied too much in school. Reaching 6′ tall around 10th grade made me less of a target than some but of course there are always kids or teens who are just complete professional d-bags. I associate high school with prison. You’re confined to a building surrounded by people who may or may not wish you harm roaming in gangs all the while being lorded over by a few adults and being fed weird food every now and then. Only difference is there is less shanking and no tattoos.

The Nerd Nook counts down the all time best school movies